Our First, Most Cherished Liberty

The United States Conference of Catholic Bishops recently published a statement on the attacks, by local, state and federal government, on religious liberty now happening across America. They cite case after case.

Intolerance -- official state-sponsored intolerance -- is on the rise in American to an extent not seen since the heyday of the Ku Klux Klan in the 1920s or even the period of the "Know Nothings" in the mid 1800s.

In the early days of our Republic Thomas Jefferson assured the an order of nuns who served a mostly non-Catholic population by running a hospital, an orphanage, and schools that the principles of the Constitution were a “sure guarantee” that their ministry would be free “to govern itself according to its own voluntary rules, without interference from the civil authority. Such was the law in the 19th century and such was the law through the 20th century, and into the 21st century until the Obama Administration announced that Catholic institutions would have to operate as Washington bureaucrats dictated rather than in according with the teaching of the Catholic Church.

The bishops have announced plans to pursue both "legislative and judicial efforts to restore respect for religious freedom in the nation." I am please to say that Massachusetts Senator Scott Brown supports legislation to restore the religious liberty we had for 224 years until August 2011. His Democratic opponent, Elizabeth Warren, says that makes Senator Brown "extreme." The voters can settle that one in November.

In the meantime, the bishops have suggested that the fourteen days from June 21—the vigil of the Feasts of St. John Fisher and St. Thomas More—to July 4, Independence Day, be dedicated as a “fortnight for freedom” and have urged Catholic institutions to work "in cooperation with other Christians, Jews, people of other faiths, and indeed, all who wish to defend our most cherished freedom."

Posted by David Trumbull at 10:45 AM No comments: 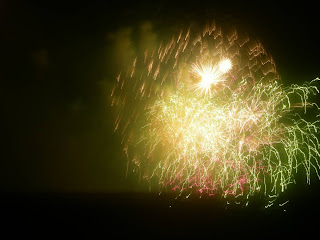 Ocean State Pyrotechnics, Inc is sponsoring a wedding fireworks display on the waters of Boston Inner Harbor in the vicinity of Anthony's Pier 4, Boston, MA. The Captain of the Port (COTP) Boston has determined that fireworks displays in close proximity to watercraft and waterfront structures pose a significant risk to public safety and property. Such hazards include obstructions to the waterway that may cause marine casualties and the explosive danger of fireworks and debris falling into the water that may cause death or serious bodily harm. Establishing a safety zone around the location of this fireworks event will help ensure the safety of spectators, vessels and other roperty and help minimize the associated risks. This proposed safety zone will encompass a 450-foot radius around the firework barge.

Posted by David Trumbull at 2:09 PM No comments:

In accordance with the rules of the Republican State Committee, Massachusetts Republican Party Chairman Bob Maginn is pleased to announce that the following locations have been chosen to hold the 2012 caucuses for the purpose of selecting delegates and alternates to the Republican National Convention to be held in Tampa, Florida from August 27 to August 30th 2012.

In accordance with the Republican Party rules and the results of the Massachusetts Republican Presidential Primary, all delegates and alternates are pledged to support Mitt Romney for President.

The convention will host 2,286 delegates and 2,125 alternate delegates from all 50 states, the District of Columbia and five territories. The convention will also include approximately 15,000 credentialed media—an international press corps second only in size to this summer’s London Olympic Games

2012 will mark the third time the Republican Party convenes its convention in Florida. The Sunshine State also played host to the 1968 and 1972 Republican National Conventions that nominated Richard M. Nixon. Both were held in Miami Beach.
Posted by David Trumbull at 12:06 PM No comments: